Alabama is currently competing for a national championship against the Ohio State Buckeyes. Starting quarterback Mac Jones has had a big hand — or arm, in this case — for the Crimson Tide’s success.

But like all good things, it will come to an end. That time will likely come following this season, which means Alabama could be searching for another signal-caller in the near future. If that happens, Nick Saban won’t have to look very far.

Why? The Tide already have a heir. His name? Bryce Young.

The former five-star, top dual-threat quarterback in the 2020 recruiting class hasn’t been used much this season. In limited opportunities, Young only has 22 pass attempts. He’s completed 13 of those for 156 yards and a touchdown.

It’s not about what Young has done, however. It’s about what he’s capable of doing.

He’s got a lightning quick release, he’s extremely mobile and he already has an advanced understanding of going through progressions and reading defenses. Those abilities haven’t been put on full display yet, but he’s more than capable.

Here are a couple clips from his freshman season.

For anyone wanting to learn more about Alabama’s future, check out this in-depth piece from Zac Al-Khateeb with Sporting News. The history of Young’s recruitment and path to Tuscaloosa is really cool, and it’s only a matter of time before he’s one of the faces of college football. 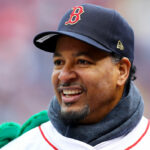 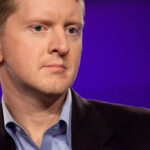