Well, here’s something that’s not a shock: FanDuel already has a line posted on the Alabama-Texas A&M game, scheduled for Oct. 8.

Why is this not surprising? Because Crimson Tide coach Nick Saban passive-aggressively accused Aggies coach Jimbo Fisher of recruiting violations. And Fisher not-so-passive-aggressively responded. In fact, as relayed by our Trey Wallace, Fisher was direct, even vicious, in his retort.

So, yes, it only makes sense for FanDuel to weigh in with some betting lines. As of this writing, Alabama is a 16-point favorite. 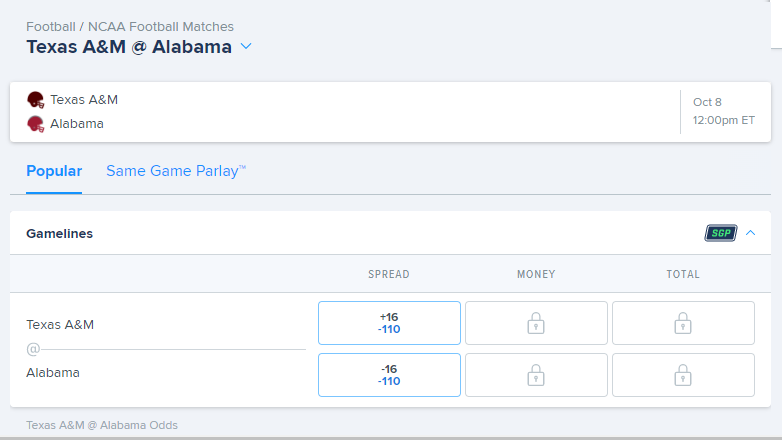 Of course, there’s FanDuel’s prediction, and then there’s yours. Keep in mind that Fisher is clearly piping hot over this whole situation. Keep in mind that Saban often wins these matchups against his former offensive coordinator at LSU. To date, Saban is 4-1 vs. Fisher, and 3-1 against Fisher at A&M.

But now, it’s safe to say Fisher has even more of a reason to win. Can it happen? Make your call below:

Get in on the early action at FanDuel, where you can get your first bet risk free and up to $1,000 back if you don’t win. Just click the link and start getting in on the action!