What happens when the vaccination rate ranks amongst the lowest in the state and you have doses that need to go into arms or they’ll be redistributed to states where they’re desired? The Alabama Department of Public Health turns to the guy in the state with a 77% approval rating to push the vaccine.

Enter Alabama head coach Nick Saban and the message Alabamians are about to see and hear across the state via multiple platforms, according to the Wall Street Journal.

“College football fans and players both want full stadiums this fall,” Saban has been recorded saying. “Let’s make sure we can safely make this happen by getting vaccinated. Please get your COVID-19 vaccine. We want Bryant-Denny Stadium loud again this coming season—and Roll Tide!”

Pollsters have found that Saban’s approval rating even crosses over into Auburn fans, Democrats, Republicans, blacks and whites. “He is a God,” one pollster told the WSJ.

Will Saban backing the vaccine help? The health officials are so focused on the state’s top celebrity helping their cause that they’re talking to the Wall Street Journal and singing his praises.

“Despite our research, which says, ‘We want to hear from our local and regional medical professionals to convince me to take the vaccine,’ we think this group of sports people transcend the research and there’s really nothing but upside,” Gene Hallman, who’s in charge of this Saban campaign told the newspaper.

Where do state health officials have their work cut out? They can look squarely at Tuscaloosa County to see if the Saban campaign is working. 35.84% of the county population has received one dose of vaccine. While not on the low end for Alabama, it’s well behind the 45.84% rate in Jefferson County which includes Birmingham.

Less than 25% of Alabamians are fully vaccinated. 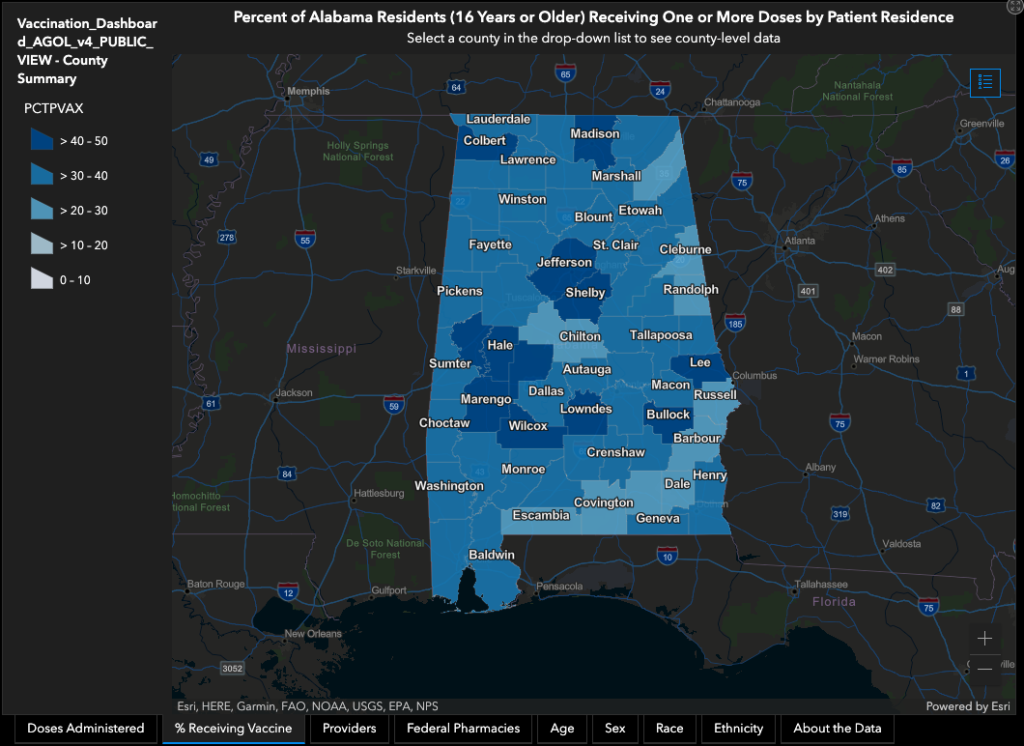