Several months ago Alabama football players Cam Robinson and Hootie Jones were arrested on gun and drug charges. The two players were found in a car with guns and drugs after hours in a Louisiana park.

Now the district attorney has announced that neither player will be charged and he provided this obscure legal rationale for not pressing charges:

“I want to emphasize once again that the main reason I’m doing this is that I refuse to ruin the lives of two young men who have spent their adolescence and teenage years, working and sweating, while we were all in the air conditioning.”

1. Even assuming that this is an inarticulate metaphor and that the DA’s trying to say these kids were poor and disadvantaged, this is still illogical.

This is one of the most absurd cliches that has taken root in sporting life. Athletes, at most, train 3-4 hours a day. Every doctor, lawyer, investment banker, accountant, teacher and fast food worker in the country works harder than an athlete does. In fact, there are no jobs in America that pay more for less work than athletics.

Put it this way: if you made every athlete work doctor hours and every doctor work athlete hours who quits first?

Second, some of you aren’t buying the legal rationale here, but where do we rank air conditioning privilege? Honestly, it has to rank really high in the South in the summer. Put it this way, if you told me I had to give up sex or air conditioning for July in the South, I’m giving up sex. (I’m also married with kids which means I’ve already given up sex, but just play along with the theory here.)

2. There has to be more to this story.

The only reason these charges wouldn’t be prosecuted is if there’s a search/seizure issue at play here that renders the collected evidence inadmissible. That is, even if you find drugs and weapons during a search if you didn’t have legal justification to conduct that search in the first place then what you find is inadmissible. (Unless the defendant consents to the search, which we don’t know.)

But based on the facts we have I don’t see how this evidence is inadmissible.

These two guys were in a public park after it closed. So an officer would have been entirely within his rights to approach the car and question the inhabitants about why they were in the park after hours. If the officer claimed to smell an odor of marijuana — which every police officer always does in a police report because it’s almost impossible to disprove if he subsequently finds drugs — then he could have searched the vehicle and found the drugs and the guns in a legally permissible way. (Again, the players could have also consented to the search, which would mean there’s no issue with the search either).

The only way I can think there could be an issue here is if the arresting officer went on social media and bragged about arresting the Alabama players or if he was recorded on a dash cam saying something improper, planting evidence, or bragging about how he was going to bet on LSU now that he’d arrested two Alabama football players.

I just don’t see how this evidence is inadmissible absent some serious misconduct by the officers.

So the officer either did something wrong or this is a small town Southern cover-up.

Do you think these guys are getting prosecuted if they’re just regular guys?

Of course they are.

And great lawyers are worth the money.

Especially if they come free of charge to make sure you don’t miss any football games. 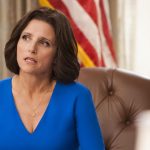