As we are still at least a year away from college athletics programs being able to recruit partially on the basis of above-ground endorsement deals, facilities are an important component on getting players to choose your school. This is even true for Alabama, which under Nick Saban has returned to eliteness.

On Sunday, the Crimson Tide revealed their new locker room, and players seemed to be quite excited. The gadgets that appeared to strike their fancy the most were recliners that doubled as napping beds:

“The best in the country, it can’t get any better than Bama!”#BamaFactor #RollTide pic.twitter.com/TcCwLBfgtb

The program shared some other photos as well:

The renovated locker room is part of a 10-year, $600 million project that the University of Alabama announced in 2018. What remains to be seen until the years come is whether and to what extent these facility improvements help Alabama maintain their preeminence in college football when Nick Saban ultimately decides to ride off into the sunset. 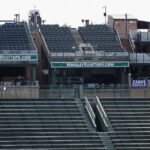 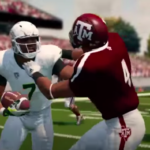