It turns out Disney World wasn’t the Happiest Place on Earth Wednesday when a crazy family-on-family street fight broke out and at least one person needed to be taken away in an ambulance to get fixed up after the fisticuffs.

According to the news outlet Walt Disney World News Today, emotions boiled over after a member of the matching t-shirt brigade pushed a guest from the other family as the groups were in line for Mickey’s PhilharMagic show at Magic Kingdom.

That push reportedly led to a confrontation, which transitioned into a shouting match, and then IT WAS ON! We’re talking a full street fight. 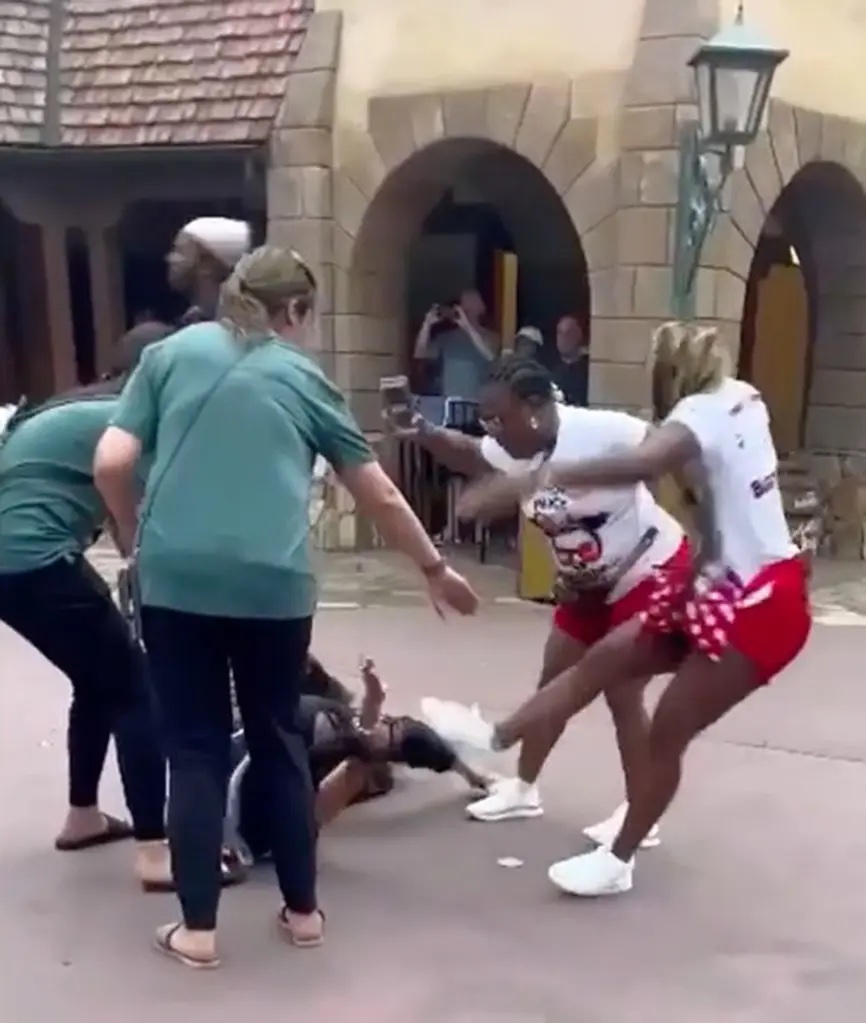 One guest tells WDWNT that two members of matching t-shirt family were arrested — that has not been confirmed — and the other family has been banned from the park on trespassing grounds for their actions.

“I do not know what prompted this altercation. We came upon it, and it appeared as though it took about two minutes for two security personnel to arrive. Deputies arrived probably about five minutes after that,” a witness told FOX 35 News Orlando.

Between fights at travel basketball games, the Home Run Derby and the San Antonio Riverwalk, it’s been a huge week for this country.

Well done everyone. Way to be the bigger person and deescalate the situations.

What are you in for?

Oh, I kicked some woman’s ass at Disney World?

What a time in the history of this country.

Listen, everyone, Disney is too damn expensive to be getting kicked out of and then paying court costs on top of that. Stop being morons. 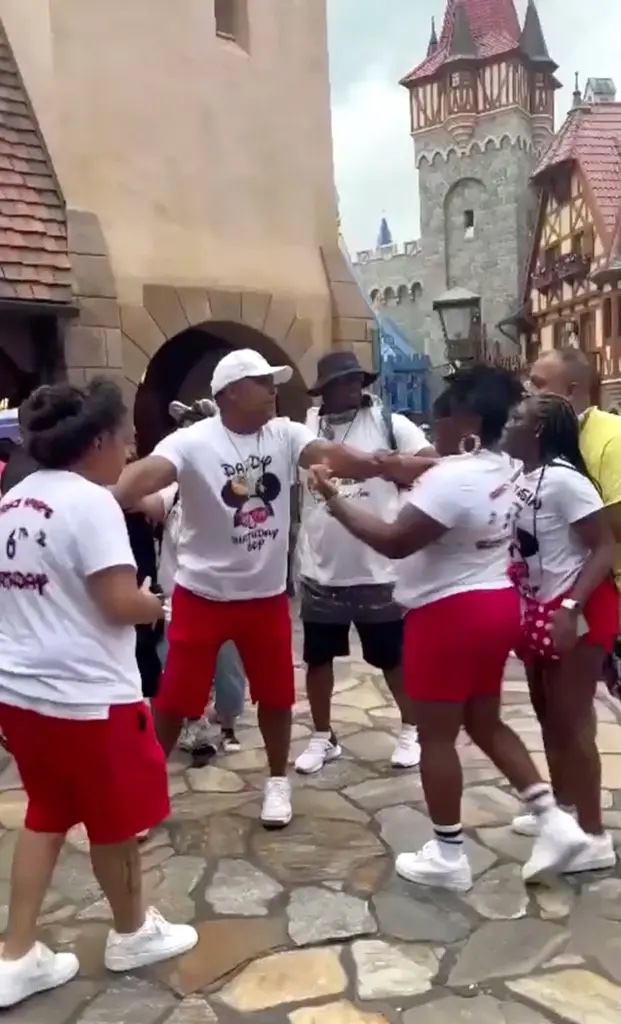 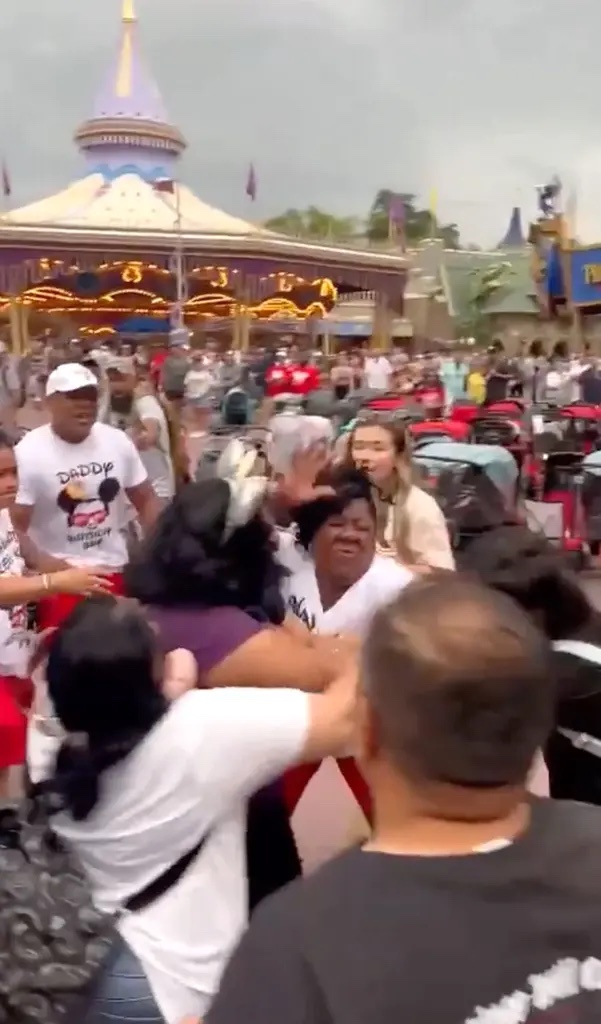