Little 4-year-old Noah from Brooklyn, New York really wanted some SpongeBob popsicles and took things into his own hands. One thing led to another and Noah was blowing $2,619 on popsicles via Amazon, according to a GoFundMe page that was started to help out Noah’s mom who suddenly had a massive charge on her credit card.

The story goes that 918 popsicles in 51 cases were sent to Noah’s aunt’s house and were not refundable, so his mother Jennifer Bryant was left to deal with the mess. Enter NYU social work intern Katie Schloss, who fired up a GoFundMe page for those who wanted to help Jennifer during this tough time as she lives with the horror of owning 51 cases of SpongeBob popsicles.

The donations started rolling in and in just two days, $3,795 of the $2,619 goal had been raised, leaving Noah with a profit on his popsicle buying spree. “Thank you SO much for your mind-blowing generosity and support.  As a child living with ASD (Autism Spectrum Disorder), all future donations will go towards Noah’s education and additional supports.  We cannot thank you enough.  Truly,” Jennifer wrote Tuesday. 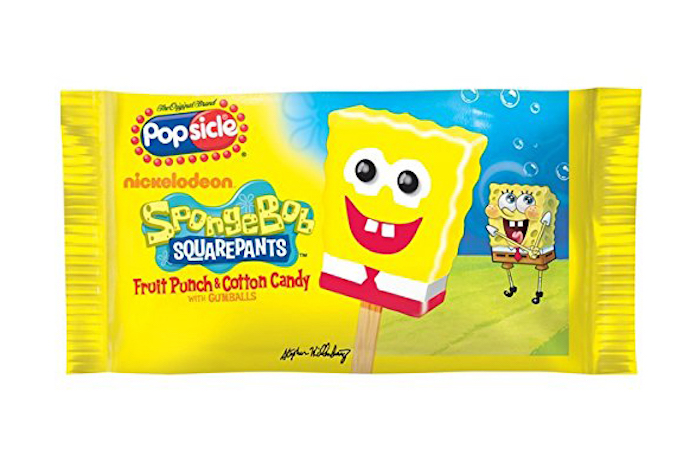 Noah isn’t the first child to go on an Amazon buying spree, but he’s the first known child to blow through money on SpongeBob popsicles. Back in 2019, a 2-year-old purchased a $430 couch. In 2017, a 6-year-old accidentally bought a $160 dollhouse and four pounds of cookies through an Amazon Echo Dot.

Things got so crazy in 2017 for parents that Amazon refunded $70 million for “accidental” purchases made by kids. That money helped pay off cases resulting from Amazon launching its Kindle Fire OS with parental safeguards turned off. In that case, kids had been able to make purchases up to $99 without having to enter a password. Kids touched ‘buy’ and it was a done deal.

What did we learn today, parents? Set those controls. Block popsicle purchases. Stay safe out there.