Of all the names he could come up with to use as an alias in 1983, Terry Bradshaw used ‘Thomas Brady.’ What are the chances? Is Terry Bradshaw a time traveler? Are we living in some sort of Truman Show being run by Bradshaw? Was Bradshaw sent here by aliens?

The immediate reaction to seeing something on Twitter like Bradshaw using ‘Tom Brady’ as his alias in 1983 is to assume it’s fake and that someone photoshopped it together for laughs. It’s 100% true though, and it’s right there in the UPI archives. The New York Times archives shows Bradshaw using the alias, too.

“The four-time winning Super Bowl quarterback was admitted to Doctor’s Hospital on March 3 under the name Thomas Brady. Bradshaw, who owns a farm south of Shreveport, was operated on the same day and left the hospital March 5, said hospital administrator Charles Boyd.”

Terry played one game after that surgery. It was a December 10, 1983 win over the Jets. The NFL legend went 5-of-8 for 77 yards and two touchdowns. He felt a pop in his elbow while throwing a 10-yard touchdown pass to Calvin Sweeney. It was the final pass of his career. He left the game and never returned. He retired soon afterwards. 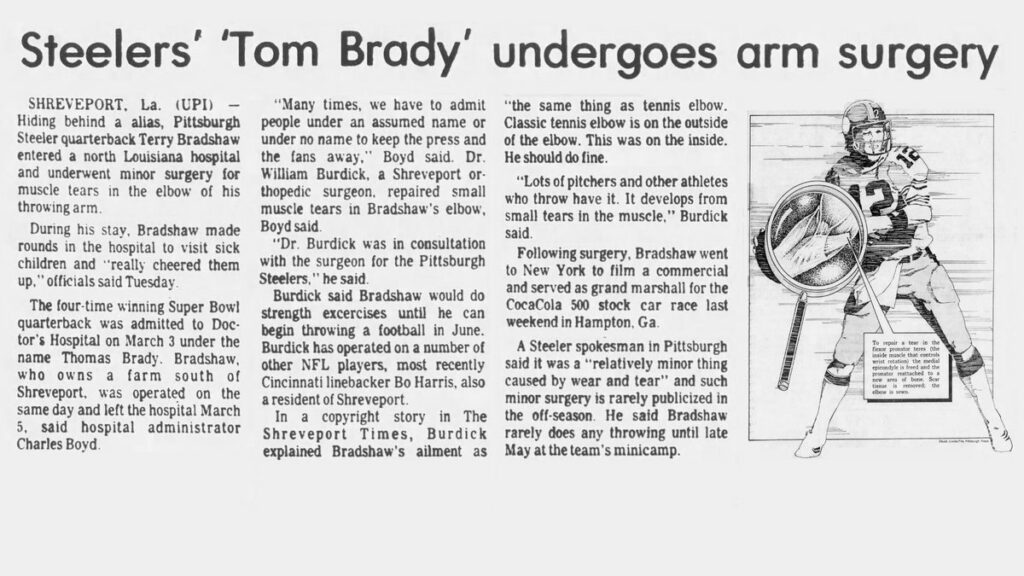 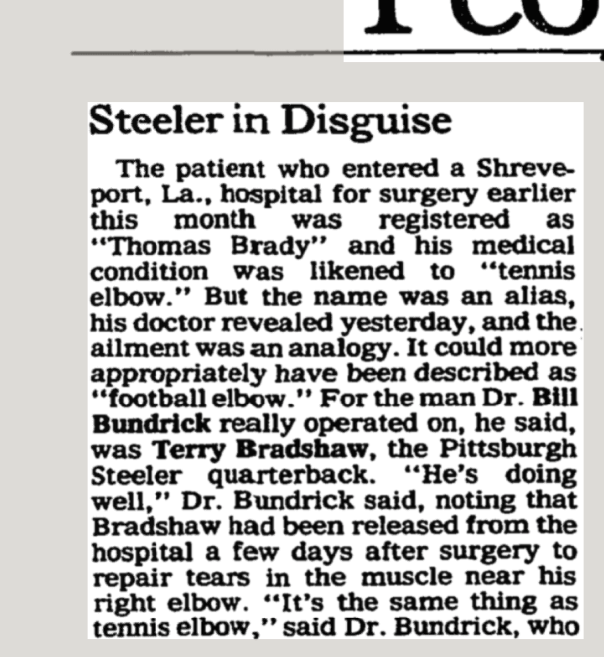 On this date in 1983, the winningest quarterback in Super Bowl history checked into a Louisiana hospital using an assumed name. pic.twitter.com/Yr3ujc0fHC