Let’s look at the best bets of the night, via FanDuel:

I’m going to get this out of the way: the Ravens win big.

Baltimore was better than Kansas City last year. Equally as clearly, the Ravens are better this season.

The Ravens have the most talent on the ground as any team in the past decade. The Chiefs’ defense took jabs all day against Austin Ekeler, who led the Chargers to 183 yards rushing yards.

If the Ravens crush the Chiefs as I predict, Lamar Jackson has to do it through the air, too. And he will.

Kansas City’s secondary made Justin Herbert — who found out he was starting his first-ever game seconds before kickoff — a star. Jackson is playing as well as any QB not named Russell Wilson, who doesn’t count anymore.

Baltimore has the best secondary in the NFL and the only team, talent-wise, that matches up with Kansas City’s weapons.

Week 2, the Chargers held Mahomes to an inefficient two-touchdown day with 20 incomplete passes. Baltimore does the same tonight and the hot-takers hammer Mahomes tomorrow morning. 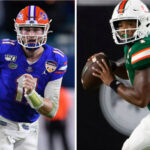 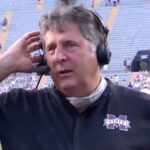