The NFL trade deadline is quickly approaching. With the market officially closing on Nov. 3 at 4 p.m. ET, teams are beginning to feel the pressure of making last-minute changes to the roster to help put their franchise over the top.

The “buyers and sellers” market will continue to reveal itself as we continue to work our way through the 2020 season, but there are already several teams who are in a position to start shipping off players. Now, it’s a matter of finding the right trade partners.

As long as injuries continue to take out top names in the game such as Saquon Barkley, Dak Prescott, Courtland Sutton and Nick Bosa, the need to replace the production lost for contenders will continue as well.

Below are 10 players who could be moved prior to the NFL trade deadline.

Like a lot of the players on the list, it’s hard to know the value of A.J. Green. He’s 32 years old currently playing on a franchise tag for a team that’s got potential but isn’t very good yet. With the promise rookie Tee Higgins has shown, it’s reasonable to believe the team has a solid complementary option to Tyler Boyd in the slot.

Green is constantly battling through injuries that causes him to miss some time, but he’s still a guy who can help out a quarterback in need of another weapon. Even if that only last for just over half a season.

Haason Reddick hasn’t become the impact player many had hoped when he was drafted by the Arizona Cardinals in the first round of the 2017 NFL Draft. There’s some versatility there with his ability to play inside and out, but this is likely his final season in Arizona anyways.

The Cardinals are currently third in the NFC West race at 3-2, but they’re also the only team with a division win right now. If they stay in contention, they might elect to keep Reddick. But keep an eye on any movement in the coming weeks if they fall out of contention.

The chances of Cameron Brate moving this season dropped drastically when O.J. Howard suffered a torn achilles that ended his season prematurely. Starting tight end Rob Gronkowski is a shell of his former self, so Brate adds some depth to the position.

However, it is still possible that he ends up somewhere else. If he continues to see an uptick in usage like he did during last week’s Thursday Night Football game against the Chicago Bears (5 catches, 44 yards), don’t expect his name to stay on this list long.

Like Green, Ryan Kerrigan isn’t the same caliber player he was a few years ago. He’s 32 years old, and his 5.5 sacks in 2019 were the lowest output of his career. But he’s still got some stuff left in the tank. He racked up two sacks against the Philadelphia Eagles in Week 1.

Washington isn’t a competitive football team, and they’ve got their edge set up nicely for the foreseeable future with two former first-round picks, Chase Young and Montez Sweat. Don’t be surprised if Ryan Anderson is another edge player on the roster who gets some looks from other teams.

Kerryon Johnson’s ability as a pass protector could keep him in Detroit. The Lions running back is still stuck in a massive timeshare with Adrian Peterson and rookie second-round pick D’Andre Swift. Plus, Bo Scarbrough is still around after showing flashes last season.

The Jacksonville Jaguars and New York Jets have both whiffed on trying to trade running backs Leonard Fournette and Le’Veon Bell this season, but Johnson has a much more manageable contract. Time will tell.

It’s always unfortunate to see a promising quarterback surrounded by poor talent. It becomes difficult to assess where that player is as far as franchise potential goes. It looks like the Ohio State product is finished in Washington, however, as Haskins was demoted from starter to third string prior to last week.

Washington has been a dysfunctional franchise for as long as most people can remember, and there’s enough promise with Haskins to take a risk if a team is not in a position to secure a high first-round selection in the 2021 NFL Draft.

The Houston Texans completely revamped its wide receiving corps during the offseason with the additions of Brandin Cook and Randall Cobb to go along with Will Fuller V. Former head coach and GM Bill O’Brien foolishly shipped off De’Andre Hopkins as part of the rebuild too.

And despite O’Brien’s departure, Kenny Stills could be the next to go. The 28-year-old is familiar with the trade process, as he’s already moved twice in his career. First, he went from the New Orleans Saints to Miami. The Dolphins then sent him to Houston. Could he be on the move again?

Jarrad Davis has dealt with injuries and subpar play throughout his young career in the NFL. And since he is in a contract year, there really isn’t a reason for the Lions to keep him around for the entirety of his final season.

Any team looking for help on the second level of its defense should look into Davis and Los Angeles Chargers linebacker Denzel Perryman as potential options. Reddick could also be used as an off-ball guy, but he’s more of a Swiss Army knife for the front seven.

It’s possible that we see David Johnson stick in Houston for the rest of this season. There just isn’t much trade value for an over-paid, aging running back right now — just ask Fournette and Bell. But that doesn’t mean Johnson couldn’t help a team’s production at the position.

The “other part” of the trade that sent Hopkins to Arizona, Johnson has the ability to be an effective runner while also providing a spark as a pass-catcher out of the backfield.

Yes, Sam Darnold’s time in New York could come to an end soon. Despite the fact that Darnold still has franchise potential, the Jets are far and away the worst team in the NFL right now. That means acquiring Trevor Lawrence in the 2021 draft is a real possibility.

Will the team choose to shop the top pick — if they get it — and continue to build around Darnold? It’s possible, but the idea of rebuilding around Lawrence could be too tempting to pass up. Darnold should also fetch a solid price on the trade market too. Is it Flacco time? 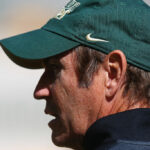 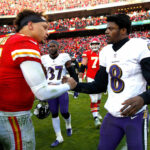